True authority in science comes from the data. That was the point of the Enlightenment. Reason and empiricism triumphed over superstition and abuse by church and state, people learned to trust data ahead of any human authority, and science was born. Empirical data became the highest authority in physics, chemistry, and biology.

But in modern climate science the mainstream media and most politicians go to the government climate scientists as their highest authority, not to the data. Sure the climate scientists show them some data, but only the convenient data. For a theory to be true it has to agree with all the data. With the Internet it is easy to bypass the authorities and go directly to the data itself, but the old media isn’t doing that yet. Can downloading a file of numbers, reading it into a spreadsheet, and graphing it, really be too hard for the mainstream media, or is there some reason they don’t want to?

We don’t hold official government positions, so our authority derives from the data. No newspaper, or Internet arm of government such as the ABC’s Drum, ever publishes the data we want them to. It’s as if they don’t want us to be too credible or too convincing.

(The newspaper editors choose the titles of the articles.) 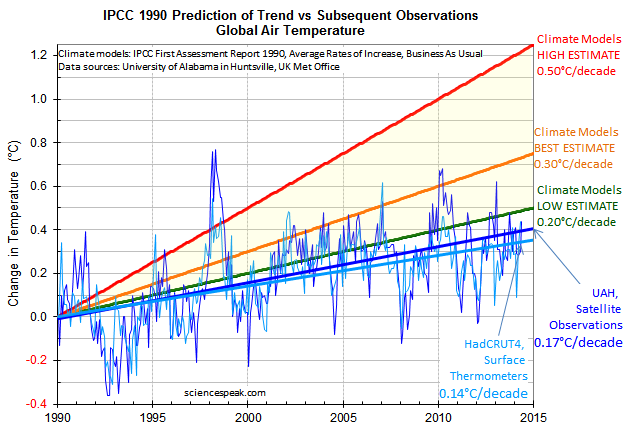